Bradley Martyn is a bodybuilding YouTube star who now has over a million subscribers. The question arises, is he natural? does he take steroids? His body does seem to be unnaturally big and pumped up. But not all pumped up people are on steroids.

He had been interested in lifting ways for many years by the time he started competing professionally in 2011. He passed his drug tests, revealing no signs of steroid use back then.

His public career started in 2014 when he first started posting fitness videos on YouTube. Over the years his popularity and media presence has grown.

Everyone liked him for his direct uncensored conversation, he always brags about something that not belong to him for fun and inspiring others in his unedited videos.

He now has a huge following on all social media, his own online shop which sells gear, supplements, his coaching e-books and sport clothing.

Bradley is an inspiration for many. Seeing his childhood and teenage pictures it is hard to imagine that that person would one day become a fitness guru and a star coach, but it is true.

Having had very difficult and traumatic upbringing, with his father taking his own life, Bradley had to learn how to achieve success on his own and he definitely made it.

He has gained popularity by his interesting and engaging videos, where he made different stunts using crazy amounts of weight and creative solutions,

Be it lifting women instead of iron or crazy stunts as weight lifting on a hover board he will always come up with something interesting to watch.

One of his most recent and most famous tricks was the mannequin challenge. In the challenge he remains in a position half way through a bench press with two women hanging down from them. It now has over a million view and counting.

Bradley Martyn has started to take up sports when he was just a teenager. Being now 27 years old he has over a decade of intense and consistent training and dieting. You would want to believe that over those years one could achieve the results he has without any drugs. Everyone knows that those who train hard and for a long time eventually get bigger.

Though most start this process from the early days of their trainings and we know that in 2011 Bradley hadn’t remotely have physique he has now.

Evidence of Steroid Use

Some signs of a steroid use that can be found in Bradley Martyn:

His transformation didn’t happen over many years. If you compare his pictures from just a few years ago to those of the time he started his fitness channel on YouTube you will see that the change wasn’t gradual. This is one of the biggest tells of a steroid user.

Shoulders and traps respond better to steroids than other muscles. So the users have abnormally large arms and shoulders.

This is why all bodybuilders seem to have such small waists in relation to their arms. Because this is what steroids do to you.

And Bradley Martyn does have that look. So maybe he does take steroids, no matter what he says.

Steroids promote heighten body temperature, owing to abnormal testosterone levels steroid use creates, which makes your skin red or pink, if you are Caucasian , and a hue or two darker if you are Samoan or black.

And there are pictures of Bradley Martyn with extremely flushed or even red skin. Which plays well into a steroid use theory, which holds more water now.

All bodybuilders strive to reduce the percent of their body fat. And it requires strict dieting and extreme efforts. But with the help of steroids it is much easier to achieve that desirable 5% body fat and it is easier to maintain it as well.

This is what creates those flat bellies, dry muscled look and small wastes that bodybuilders all seem to have.

In 2011 Bradley competed in NPC bodybuilding show. And if you look at his pictures you see that his body is perfectly proportionate. He might as well be an Apollo incarnate.

Now look at his latest pictures. See the difference yet? Such body simply doesn’t look natural.

The muscles look like balloons filled with air or water and not real flesh and blood and muscle. The arms are veiny, which can also be a side effect of steroid use.

There is no way a human body can naturally reach such sizes without enhancements.

The evidence pro steroid use seem to be much more compelling that that against. So it is reasonable to assume that the beloved Instagram and YouTube star does take steroids to achieve his results.

He denies taking them on social media but it seems that he doesn’t need to give a statement. His body speaks for itself and people will believe what they believe no matter what he says.

Compared with a man who is known as the King of bodybuilding, Arnold Schwarzenegger, Bradley is one inch taller and 20 pounds heavier than the King was. And he looks much more pumped up than Arnold.

Now, the King is known to use steroids. So is there any chance that Bradley has reached better results, looking much bigger, and all naturally without any enhancements? For such public personas as Bradley Martyn and other social media celebrities, who take part in ad campaigns and promote fitness it is important to take enhancing drugs and always look their best.

And if any steroid use revealed they can lost it all, because even though it is not forbidden by the law and by the rules of most championships, it is frowned upon.

However, we all take risks and sacrifice something for our careers. And it doesn’t even bring us as much money as it does them.

Bodybuilders know side effects of steroid use, they know long term side effects as well as immediate ones. If they are willing to go for it, I am willing to cheer for them. 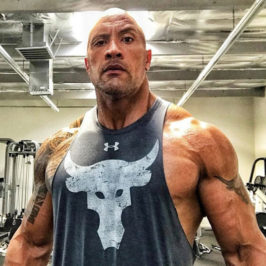 A very pressing question that seems to be bothering bodybuilding community now is: “Does The...

When we see athletes like John Cena and their huge toned bodies a natural question... 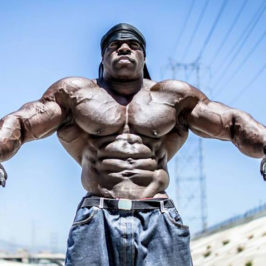 Looking at Kali Muscle quite an inspiring man many people ask themselves a question. Is...

Zac Efron has always had an enviable body and a handsome face. We remember him...